These graphics chart the progress of this year's competition, which saw welcome new winners in the form of Brian Chesney and Jeff Evans. Well done to them. We also congratulate losing finalists Anne Hegerty and Paul Sinha on being overall top scorers in the contest. Well done too to semi-finalists Alan Gibbs and Nick Mills, who were second top-scorers overall.

The first chart below shows the scores registered by each pair over the rounds of the quiz. The "ref" number in the first column shows the pairs' placings after the Preliminary round, the 'cut' for the knockout part of the contest coming after the 32nd placed team. Teams placed 33rd-50th in the preliminary round are shown in italics.

The second and third images show the progress of the 32 qualifiers through round 1, the quarter finals, semi finals, and final. Ties were settled, when necessary, by reference to scores in the preliminary round.

If you need to see any of the images in larger format, simply right click on it and chose "open in new tab". 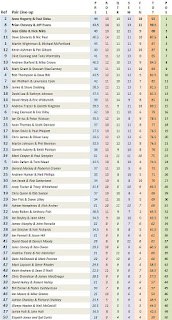 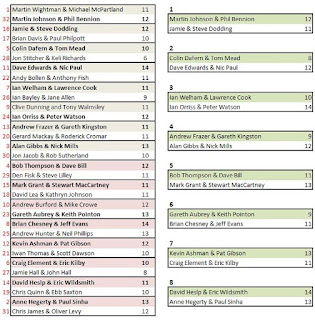 Posted by Chris Jones at 5:44 pm No comments: 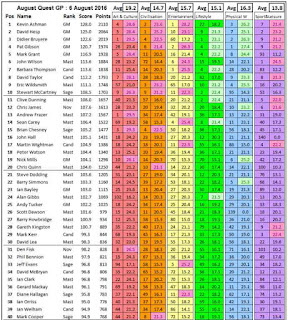 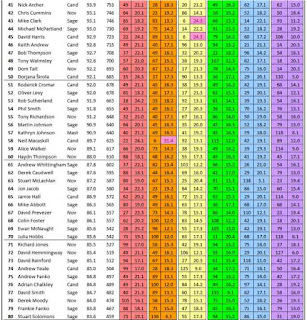 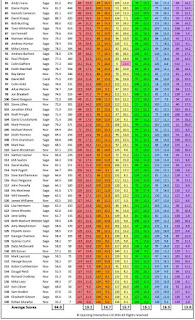 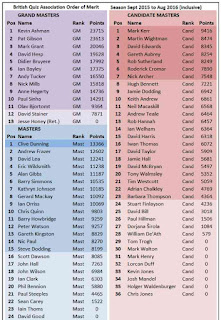 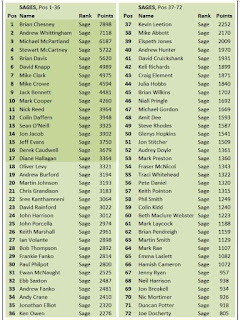 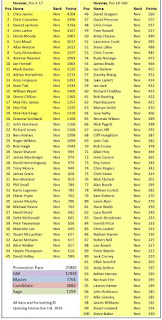 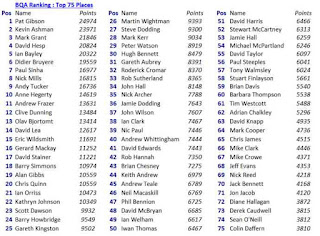 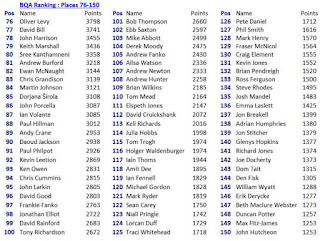 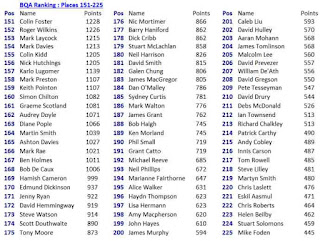 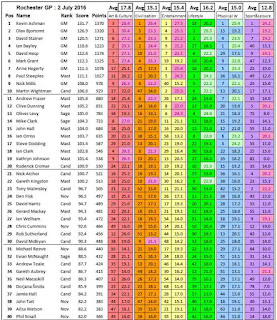 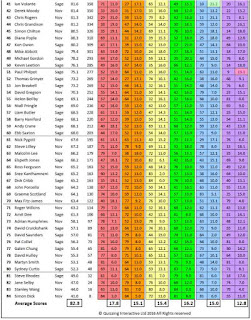 Posted by Chris Jones at 2:48 am No comments: